Time May Change Me, But I Can't Change Him

Change: the inevitable force that gives meaning to the ol’ “It’s not you, it’s me” break up line. Its cliché and maybe it’s overused, but there is some sincerity to it. When I think back upon my last relationship (as I often do while eating massive amounts of calories and watching Law and Order: SVU) it really did boil down to the whole issue of change.

My relationship started off as most do, a chance meeting in a coffee shop (no really, I swear). Okay, actually I am romanticizing it a bit. The coffee shop was the Starbucks inside a grocery store, and the chance meeting was when I ran out of deodorant and had to pass directly in front of the coffee kiosk to wander down the wonderfully named “feminine aisle.” There it was: the stars crossed, planets aligned, and he asked me out on a date. You would think that with such a Shakespearean start-off, this relationship was bound for greatness, but you’d be wrong. Towards the end, it was unbearable. He was my first love, and the reality of what someone else can make you feel was earth-shattering. Do I blame him? Obviously. But mostly I blame my mother. Okay, I blame myself too. But it was she (or maybe society) that instilled in me this false sense of ability: that I was somehow able to mold another human being into the perfect boyfriend/future husband. In short, I thought I could change him.

The red flags in the relationship were thrown up right away, seeing as how there was a “communication error” that lead to me being stood up on our first date. But he was so cute and he made me feel excited and spontaneous. I gave him another shot. He showed up the next time, but it didn’t take long for me to see that punctuality was not one of his strengths. Surprisingly enough neither was courtesy, or empathy. We had our issues I thought, but he’s never once cheated on me, he doesn’t hit me, and all these little things will eventually fall into place. Don’t get me wrong, I am not saying that men who do not possess the previous character flaws are automatically prince charming, but I was under the misguided impression that these things, these “little things” like being on time, being up front, and being dependable would change. What I didn’t understand at the time was that these weren’t little things; they were a part of someone’s personality. For two years, I shrugged of things like making excuses to friends and family why he was late or never showed up. I buried the anxiety I felt when he promised things and backed out at the last minute. And then, I started to point it out. I started to say how it made me feel, and how it made him look. I nagged him, I whined, I even dragged him huffing and puffing into couples therapy. I was attempting to change him, and it was completely, miserably, unsuccessful. 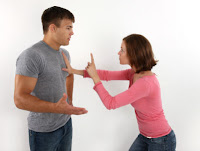 Sometimes I think as women, we have this deep-seated idea that we are supposed to “train” men to be good partners. On several occasions throughout my life I distinctly remember my mother advising me to “nip it in the butt” when it came to unfavorable qualities in the men I dated. It’s as if we as woman are not only born with the ability to bear children, but also the ability to mold other adults into becoming the partners we’ve always wanted. To make a long story short, it didn’t work. I wasn’t able to craft my ex into the man of my dreams. I spent two years of my life trying to force him into possessing qualities that were not important to him, but that had become decidedly vital to me.

It was a slow process in coming to terms with that realization, but finally it clicked. There are so many things I am unsuccessful about changing within myself, what made me think I could change something about someone else? What I always hear from other friends and family who seem undeniably in love is that when you meet that “right person” you just know. And as frustrating and unhelpful as that statement seemed at the time, I think I’m starting to wrap my head around it now. I hope that the day I really meet my other half, I don’t want to change a single thing about him. I hope that all of his weirdness and quirks I find endearing or even matched perfectly to my own. Corny as this may sound, I am grateful for the tears and heartache. From them, I learned what I want in someone else, and most importantly what I will not tolerate. It was true when I told him “it’s not you, it’s me”, because it was me. It was me learning what I wanted; it was me changing my expectations. Hopefully one day, he finds a girl who is just as late (and thoughtless and careless) as he is, and then all those things that drove me up the wall won’t matter to her. And as for me, I am a changed woman. I know my limits, I’ve come to terms with my expectations for other people, and I’ve put change in its rightful place: it’s okay for people to change and grow on their own accord, but it’s fruitless to try and change someone else.

Got something to say?

Have some real advice? Want to get your message heard? Enjoy serving others? Submit your article to: HeyGetReal@hotmail.com